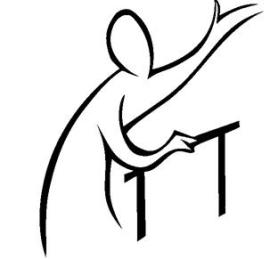 I write YA, and I often ask myself, “Does my writing promote good messages to teen girls?”

Now, don’t get me wrong. Stories that preach = BIG FAT NO. Making your story a mouthpiece for your beliefs is never a good idea.

This is not your job.

BUT that doesn’t mean that you’re never allowed to wonder who’s going to read your stories, and what those readers will get out of their experiences.

For my graduate lecture, I took a look at how feminist and post-feminist literary theory can help us look at YA literature and decide for ourselves what messages we want to send. Feminism is, at its core, the belief in equal rights for all genders, but of course there are many definitions and variations among those definitions. The question of choice (who gets to choose, and what they should choose) is sometimes a point of contention among critics. 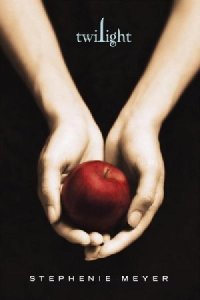 I think that one of the reasons so many critics find fault with Twilight and novels like it is because Bella’s choices may be her own, but they are consistently at odds with the choices we want our girls to make. When we show characters who consistently choose dangerous, controlling partners, our fear is that young adult readers will also choose dangerous, controlling partners.

I don’t think this is an invalid concern, but my intention isn’t to debate or argue it. That’s for another time, another post. My intention is to say, that if you’re a YA writer and this is something you are thinking about, there are ways to develop a good feminist story without making it preachy or propaganda. I’ll share some methods that I found useful and talked about in my lecture.

1. What does your main character want? If it’s just a relationship, consider that in real life, a desire for a relationship is usually a symptom of a deeper desire for something else, like security or acknowledgment. Consider what other forces might be at work, and you’ll avoid creating shallow characters whose problems can be solved by a significant other.

2. Make sure your character stays active. Find places in the story that force her to act, that take away her safety net and test her. This is true of practically any story, but in YA romances, it’s especially important. She doesn’t need to be a hero, but she shouldn’t rely on her love interest too much.

5. Why do your characters get together? Think about the reasons your characters are together. Is it because they find each other so attractive? Or do they share a deep, mutual connection? The more you develop the relationship, and the reasons for it, the more likely you are to connect with readers.

6. The moral of the story. All of these factors combined puts you in a better position to control the final factor: the moral of the story. Once you’ve finished a draft, it might be a good idea to take a look around. What’s happened to the characters? Who’s alive? What have they had to sacrifice? Your character’s rewards and punishments reveal a lot about your story’s message. Is it the message you want?

There are, of course, many more factors than these six that you will need to pay attention to in order to write a great novel. But this is a place to start if your aim is to write a story with romantic elements that will both appeal to teen readers and give them characters and situations they can look up to. 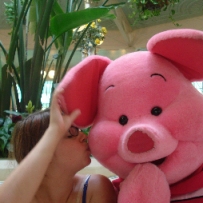 Rachel Lieberman works in higher education and writes YA. Her short fiction has appeared in Opium, Awkward, Emprise Review, and others. She holds an MFA in Writing for Children and Young Adults from Vermont College of Fine Arts. She lives in Tampa. 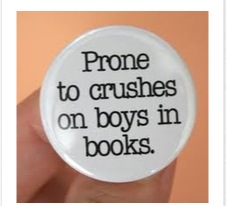 Over the last decade, lists, blog posts, and articles have surfaced online that speak to the first book crush. I was so curious about this, that I’ve spent the last two and half years exploring this connection between YA authors and their literary ancestors and between authors and their fans.  This blog post is sort of a fast and dirty look at some of the material that I’ve looked at. There is feminist and literary theory hiding behind these conclusions, so here’s hoping you can follow my train of thought in 1000 words or less.

Authors have books that inspire them.  L.M. Montgomery loved Jane Austen and the Brontë sisters and Stephenie Meyer loves Austen, the Brontës and the Anne of Green Gables books – there is even an AGG reference in Eclipse. The Female Literary Tradition is one of the ways in which women can imagine, debate and fantasize about the issues that concern them.  And by crafting a Perfect Man Archetype, we can craft boyfriends worthy of our protagonists.

I’ve defined the Perfect Man Archetype as: a combination of attributes that has been historically designed by the author to make the reader fall in love with him. He is handsome, witty, intelligent, and emotionally open. Always having an appreciation for his love interest’s intellectual or artistic pursuits, he believes she is his equal in every way. Often troubled with a bit of a bad boy/dark side, he usually has a dark secret that forces him to make great sacrifices for her.

Three Qualities of the Perfect Man:

1) He has an appreciation for his love interest’s intellectual or artistic pursuits and see her as his equal with her own goals and ambitions that are separate from his own. 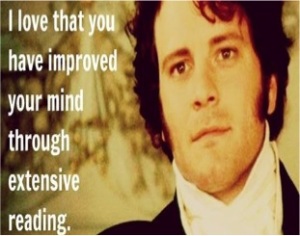 2) He must also be willing to meet her half way, sacrificing something of himself.

Here is where the Byronic brooding boys, like Heathcliff (Wuthering Heights) and Rochester (Jane Eyre) live. They usually have a secret that isn’t directly their fault and sacrifices something of themselves for their lady loves.  The literary path looks something like this: Heathcliff and Rochester to Frank (Madeline L’Engle’s Camilla) to Michael (Forever) to Edward (Twilight Saga) or Will Herondale (The Infernal Devices trilogy.)  Edward pushes Bella away because he believes that being with him might hurt her and Will does the same thing to Tessa because he thinks that his curse will harm anyone he loves.

Thankfully, the gesture isn’t just in the hands of the brooding boys. Consider how Darcy helps Lizzie with the Lydia and Wickham fiasco without wanting her to know. Or, how Gilbert gives up the Avonlea school for Anne so that she can stay closer to Marilla after Matthew dies. Or, Almanzo picking Laura up every week from the Brewster’s place. Or, Noel leaving Ruby that note and baked goods even when he isn’t sure that they should be talking.

There are many roads to the ultimate sacrifice; it all depends upon what kind of man you want your male love interest to be.

3) He must show emotional vulnerability.

Declarations of love are key here. Like when Darcy tells Elizabeth how much he loves her, or when Almanzo builds Laura all of those drawers, or when Gilbert proposes to Anne is (like it or not) how emotive both Jacob and Edward are with Bella.

The most common affirmation of the Perfect Man archetype is the “anti-Perfect Man,” the guy who does not respect the protagonist’s artistic or educational goals.  While it certainly appears in Beverly Cleary Jean and Johnny to be a love story, it is clear that Johnny does not respect Jean’s time by making her wait for him and standing her up, or just talks about his radio show all of the time instead of asking about her. So, rightly so, Jean breaks up with him and goes out with nicer guy, Homer.

Consider all of the anti-Perfect men that Ruby dates until she realizes that Noel is the one. In particular the one who started it all, Jackson, who cheats on her with her best friend and then plays with her emotions. Cad.

So, as I see it, the Perfect Man continues to charm readers and be a strong literary model because within him is the potential of a person who will appreciate his partner’s goals and ambitions and her individuality.

Here are 5 Questions I suggest you ask yourself when writing your protagonist:

1) Who was your first literary crush?

2) What was it about him or her that made you fall in love with him or her?

3) What was the moment where they proved themselves worthy of the protagonist?

4) Was there a male or female literary romantic figure that you detested? What was it about him/her that made you dislike him/her?

5) What are the traits that your character would look for in a perfect partner and can you construct a person worthy of them? 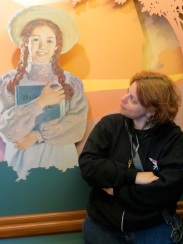 Remember, it is up to you as the author to craft that perfect person for your protagonist. That person, by the way, should be flawed, but it will be in their flaws that your reader will find their most endearing qualities. Go forth and craft.

Melanie Fishbane is a writer, lecturer, and has spent many years in the book industry thinking and writing about kids’ books. She has a Masters of Fine Arts from the Vermont College of Fine Arts. Her first literary crushes were Gilbert Blythe and Almanzo Wilder.

Read more from Melanie on her blog: Wild About Words!