As the end of the year approaches, I’ve noticed many of us like to make lists of our favorites of the year. However, I never feel qualified to claim I have an opinion on “the best books of  (insert year)”. Mostly, because I never have a chance to read most of the books that came out in any given year! (I seem to always be a year or so behind). Instead, I’ve decided to share six brilliant books that I personally read this year. The following six were knockouts!

And, with holiday gift-giving in full swing, these might inspire you to pick something a little different for someone you love. Or just treat yourself!

Daughter of Smoke and Bone by Laini Taylor

I was tempted to throw in the writing towel after reading this book – it was that good! On the surface it may seem like another story about an orphan girl, raised by magical creatures, in search of her past. Add a dash of adventure, a heaping spoonful of romance, and stir. But this book is so much more than that, and it proves that execution is vital to any novel! The writing is delicious, the world building astounding, the characters emotionally involving, and the plot well…I couldn’t put the book down!

The Scorpio Races by Maggie Stiefvater

If a book about carnivorous horses turns you off, this one isn’t for you. But if you’re spidy senses just did a double take (yes, I said carnivorous), then you’re in for a treat. A printz honor book, this novel has duly earned its shiny sticker. Told in dual point of view, the book follows a 16-year-old island girl who’s joining the scorpio races for the first time, and the 19 year-old boy who’s won them year after year. The novel is riveting, original, and absolutely engrossing. Did I mention they race on those carnivorous horses? Well they do!

My Book of Life by Angel by Martine Leavitt

Novels in verse are not everyone’s cup of tea, and the subject matter of this book may not be either – it’s about child prostitution. But this is the kind of book that will both break your heart and fill you with hope. Sixteen-year-old Angel gets dragged into the gritty reality of drugs and prostitution, only to find her “boyfriend” bringing home an even younger girl to learn the ropes. She risks her life to find a way for both of them to get out. This honest novel, told through lyrical poetry, is unforgettable.

Nothing by Janne Teller

The more philosophical reader is going to love this book! Written by Dutch author Janne Teller, the novel’s set in a contemporary European town where one boy’s existential revelation that nothing matters causes him to climb up a tree. That may not seem like a big deal – but as the rest of his classmates set out to prove him wrong, the search for meaning causes each of them to sacrifice something important, and well…things get a little out of hand. It’s a powerful book that will give you a lot to think about.

Harvey: How I Became Invisible by Herve Bouchard 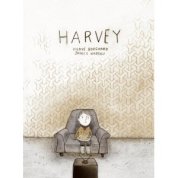 This is a moody and beautiful graphic novel about a young boy coming to grips with the death of his father. Only this isn’t like any other grief novel you’ve read. This book comes entirely from a child’s perspective. The images are evocative, the structure and storytelling is out-of-the box, and the ending with haunt or infuriate you. This book won’t do any of the things you expect it to, and that’s one of its strengths. If you sit down and spend some time with it, it will unveil beautiful layers of emotion and truth.

Phineus Gage: A Gruesome but True Story About Brain Science by John Fleishman

I don’t read much non-fiction, because yes, I think it’s boring. Or maybe I’ve been reading the wrong books. Phineus Gage is anything but boring. It tells the true story of a railroad man who gets a 13 pound rod-iron shot through his brain and walks away! Yes, there’s a gaping hole in his head, and he survives! (The title said it was gruesome). But this book does a lot more than tell a sensational story. It explores the science behind what happened and why. It compares what they knew at the time of Phineus’s accident (in 1848) to what we know today. Unraveling  like a mystery it makes reading about science absolutely compelling!

Hopefully you’ve enjoyed your turkey comas and tended to your Black Friday bruises and are ready for the big buying marathon of the weeks to come! Since I will be making quite a few holiday suggestions in the bookstore this season I thought I might share a few of my favorites with all of you as well! So here are my 2011, ready to be wrapped, picture book suggestions:

I Want My Hat Back

A hilarious yet simple book about a bear who can’t seem to find his hat. It packs a final punch unlike any picture book I’ve seen before, and adults will love this book as much as kids (possibly more)! It has lovely illustrations and is fun to read out loud.

A gorgeously illustrated book about the life and legacy of a grandfather as captured through the sculptures of his garden. A lovely book for grandparents to share with their grand-kids. This one will charm and tug on your heart strings at the same time. 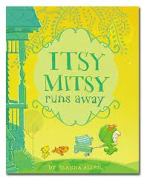 You will fall in love with the adorable illustrations and determined attitude of Itsy Mitsy, an idy-biddy-sized girl who decides she wants to run away. While she’s at it she realizes there might be a thing or two she needs to bring with her like her dinosaur, and her dog…and maybe even dad too. The whimsical and breezy illustrations sold me on this book, but the humor and charm of the storytelling makes the whole package a winner!

by Mary Quattlebaum and illustrated by Alexandra Boiger

Ahhhhrg Matey! Who be the greatest pirate in the world? In this fantastically fun read-aloud adventure Big Bad Bart and Mean Mad Mo battle to see who is brave enough to swim with sharks, juggle cannon balls, and hornswaggle their way up the tallest mast on this side of the Pacific! You won’t want to miss this swashbuckling adventure else it be you who’s left empty handed and walkin’ the plank!

by Mary Lyn Ryan and illustrated by Marla Frazee

A beautiful book about everything star. A lovely look at how stars are all around us: looking over us in the sky,  held in our pockets for good luck, found in forests, or given away for good deeds well done. This elegant book is both warm and musing and philosophical, and instant classic for your picture book treasury.

At every conference I go to I hear the mantra read, read, read, read, read!  Okay great guru’s of the publishing industry I shall heed your word! So I’ve been piling up on the library books, audio commute companions, and book store treasures in order to stay up on the market. And as a reader I always think it’s good to share the books that blew you away! So, if you’re looking for a recommendation or two, the following three books have really stood out in my young adult reading rampage. 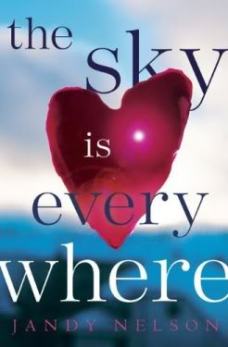 THE SKY IS EVERYWHERE by Jandy Nelson

I can easily say this book  is one of my top ten favorite YA books OF ALL TIME! Yes, it’s that good. (Or maybe it reflects my own personal taste). Either way, this delicious romantic drama made me salivate one second and cry the next. Its a book that I’m ready to read again, and I only finished it a few weeks ago.

When seventeen-year-old Lennie’s older sister dies unexpectedly, she finds herself unraveling. Caught in a love triangle between the sexy new guy and her dead sister’s boyfriend (yikes!) Lennie is wrought with guilt, sexual tension, and doesn’t know what to do with the big hole in her heart. Filled with poetry and gorgeous prose, this book will take you on a journey of redemption that will cause you to open up and understand why the sky is everywhere.

Liar is an interactive book. You won’t realize it until you’re halfway through it, but the story isn’t just about Micha (a compulsive liar), it is also about you. In the first paragraph Micha informs you that she never tells the truth, but this time (for you) she’ll make an exception. As Micha starts to recount the events surrounding the mysterious murder of her boyfriend, the story hop-scotches between the real world and the paranormal, only to ground itself in a confession of lies (which of course is not very grounding). And all along you find yourself wondering what to believe. Not only is this book expertly plotted (I am amazed at Larbalestier’s ability to weave lies and truth together to fluidly), but LIAR forces you to become an active participant. As the narrative unfolds you find yourself asking: Is that true? No way! Oh maybe that part is real. Oh wait, that makes sense, taking into account what she said in the second chapter. And so on. When the novel ends you wonder if any of it is true, and if the whole book is a lie. And there in lies the paradox. Because – yes – all of it is a lie. Every book and work of fiction that we read is a lie. None of these stories are true. LIAR masterfully pulls back the veil between reality and fiction and you realize that this story has come alive  – because you – here in reality have become a part of the story. And in the end the question isn’t – is Micha telling the truth – so much as what does the book reveal about you, and what you’ve choose to believe.

THE OUTSIDERS by S.E. Hinton

Okay, I know what you’re going to say. “What!!! You just read The Outsiders for the first time?!” Yes, it’s true. Despite my thirty years on this earth, I had not read The Outsiders. But let me explain my initial hesitation. Reading The Outsiders is like watching a black and white movie marathon. The movies are old, the stories don’t hold up, they’re boooooring! After all The Outsiders was written in 1967 (over 40 years ago) and it’s about the social clash between teen greasers and socialites in the 50’s (yawn!). How can a modern gal relate? And yet, at every conference I hear editors and authors raving non-stop about this book. It’s a classic! It changed young adult literature! You must read it. I must? Really? So after years of avoidance I finally picked it up.

This book is incredible. It shows that stories can be timeless and good writing is good writing, period! The book is fresh, vivid, and authentic. And it’s a boy book – about male friendship and loyalty (which I don’t read much either). Yet, I found myself involved and really caring about these character. I even cried. That’s right a book from the 60’s, and written by a 16-year-old, made me cry. Like a girl (okay, I am a girl.) Like Judy Blume, The Outsiders is timeless, and if you’ve been avoiding it too, well the time has come to pick it up and give it a shot.