How do we express the ineffable? How do we make our readers feel the emotions and tension of our scenes? In particular, how is this done if we are writing a “quiet book” where the growing stakes of a novel are internal?

Liaisons and motifs are a great way to incorporate specific imagery that adds unspoken weight to your narrative. In many cases the effect is unconscious for the reader. It’s one of those writerly magic tricks that is felt, yet hard to pin point. This is the best kind of writing, where the technique is invisible, but the effect is emotionally resonant!

So what’s a liason or a motif?

A liaison is defined as a close connection, relationship, or link. David Jauss quotes Mark Rose’s seminal text Shakespearean Design in defining a liaison as: “a key word or image whose repetition links two seemingly divergent scenes in a play and thereby reveals their underlying connection and unity” (Alone With All That Could Happen, 153). Jauss goes on to explain that “when a liaison appears throughout a work, not just in adjacent stories or in a small group of stories, it has become a motif. A motif is nothing more, or less, than an extended, expanded liaison” (Alone With All That Could Happen, 155). I define a motif is a dominant image or central idea that is repeated or evoked in various parts of a composition. A liaison is a shorter connection between scenes or stories, whereas a motif is an extended connection throughout a novel or larger work.

Laurie Halse Anderson’s Novel Speak uses liaisons and motifs in a masterful way. The novel tells the story of Melinda Sordino, a high school freshman with a secret that she must find the courage to tell. The major antagonist of the story is her environment of silence. But how does Anderson make an abstract antagonist felt by the reader? She does this through the motifs of closed mouths/throats and snow/ice, which illustrate and intensify the stakes Melinda feels in her environment.

Through the motif of closed mouths and sore throats, Anderson creates an overwhelming sense that Melinda should not speak. Each image intensifies the threat to Melinda’s objective (to speak) with cumulative impact:

“My throat squeezes shut, as if two hands of black fingernails are clamped on my windpipe.” (28)

The question that propels the narrative (will she speak?) is alluded to with each mention of silence, sore throats, and shut mouths. More than forty-five of these violent images accumulate in the novel, creating an average of one every four pages. The dominant impression of this motif is the suffocation of the main character.

A second motif, numbness and ice, also exerts a negative force. Freezing ice and snow come to represent Melinda’s desire to forget, go numb, disappear, and bury her ugly secret. Twenty-four instances of this motif appear in Anderson’s novel. The sampling below reveals their cumulative effect: 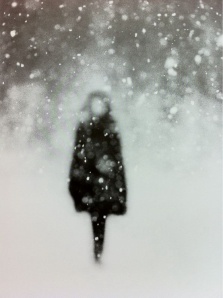 “I am going to be completely, totally cool, like nothing has happened. Think ice. Think snow.” (20)

“A minor blizzard blows outside … I can feel the wind fighting to break through our storm windows. I want the snow to bury our house.” (87)

“Cold and silence. Nothing quieter than snow. The sky screams to deliver it, a hundred banshees flying on the edge of the blizzard. But once the snow covers the ground, it hushes as still as my heart. ” (130)

Within the story, these examples are part of Melinda’s everyday life. They don’t call attention to themselves in the dramatic way that isolating them does. Instead, they accumulate slowly, like snow itself, gradually falling page by page, over the whole.  Their presence is a reminder of the pain and secrets that Melinda is trying to hide.

Hopefully this example illustrates how the repetition of key images reminds the reader of both questions and stakes, while also helping to deepen emotions and themes.  A few other books with excellent use of liaisons and motifs include: Beneath a Meth Moon by Jacqueline Woodson, and Keesha’s House by Helen Frost. Of course, many other novels also use this technique, but these are a couple that I’ve looked at personally.

In our work, we’re all looking to create an emotional connection with lasting resonance. Repeating key imagery can be an invisible and effective tool for that goal!

Other Posts on Creating Emotion and Resonance in Your Writing: