It has come to my attention that Point-of-View is one of the most important craft choices one will make in regards to his or her novel. It’s a big all-world encompassing decision that will affect every subsequent choice there-after.

That said, can you believe that I randomly chose a point-of-view for my first novel?

The word randomly is perhaps a bit misleading. It’s not like I had a dart board with the words first, second, third limited, and omniscient written on it and I started chucking darts at the wall. I did, however, follow a certain gut instinct, which wasn’t a complete disaster, but perhaps it’s better to be mindful than lucky. The truth is I didn’t realize I needed to think about point-of-view at all. I picked what felt natural and I went with it. But just because something feels natural and it flows, doesn’t mean it’s the best decision for your story.

So what is this silly thing called Point-of View? Why is it so darn important? And how can I use it to my advantage? These are all important questions and I’m going to spend the next few blog posts trying to find some answers. This is a huge topic, and I know I’ve only just begun to scratch the surface. But hey, we’ve all got to start somewhere… 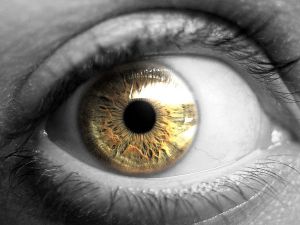 What Types of Point-of-View Exist?

Example: “I was scared, so I ran away from the clown.”

Some YA books written in first person include:  The Hunger Games, Looking For Alaska, and Speak.

Example:  “Scared, you run away from the clown.”

Some novels written in the second person include: Half Asleep in Frog Pajamas and The Things They Carried.

Example: “Ingrid was scared, so she ran away from the clown.”

A novel written in the third person limited is Percy Jackson: The Lightening Thief.

Example: “Ingrid was scared, so she ran away from the clown. What she didn’t know was that the clown was her father, and he wanted to surprise her for her birthday.”

Novels in third person omniscient include: Lord of the Rings, and The Hitchhikers Guide to the Galaxy.

Why is Point-of-View so Important? (This is the fun stuff, which I’ll get into more in subsequent posts.)

Are you starting to see why this is such an important decision? Who knew! Stay tuned, as I explore these ideas further in coming posts.

10 thoughts on “The Point of Point-of-View”