At the 2010 LA SCBWI conference author M.T. Anderson dedicated a breakout session to the topic of experimental fiction and why it is important and relevant to children’s literature. As part of that talk he broke down the common techniques and terms used in experimental fiction, which are as follows: 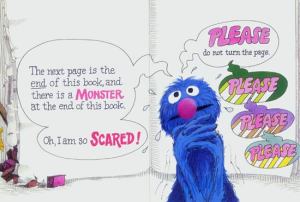 This is when the elements of the story are about the story. For example the book There is a Monster at the End of This Book. The narrative is about the forward motion of the narrative. Grover tries to get the reader to stop turning the pages of the book, because the title say’s there’s a monster at the end. In this example the narrative refers to the book as an object. This draws the attention to the physical book. The dangerous presence is what draw us forward, and we discover we are moving toward ourselves. Other good examples of meta-fiction include: The Three Pigs, I Am Blue, Breaktime, Harold and the Purple Crayon, Go Go Go Cabot.

Fabulism and magical realism is the use of myth, fable, and dreams to challenge one’s sense of reality. There is a very fine line between this and fantasy. Examples include: Princess and Goblins, The Old Country, The Ox Boy, The Old Man With Mysterious Wings, and Kelly Link’s Short Stories. 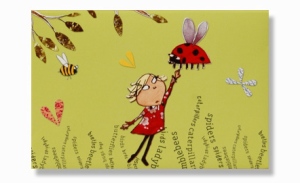 The use of typographical play reminds the reader of artifice. This is a type of narrative self-consciousness. You can change type for mood and emotion. Examples are using bold print or large words, etc. This is used a lot in poetry. Good examples include: Lauren Child’s work, John Scieszka’s books, Christopher (?) Raska’s Poke in the Eye.

Formalism: Formalism is linguistic play. Experimentation of sentence structure. All poetry is formalism. It is about rhythm and refrains. A good example includes You Killed Wesley Payne.

Words as Sounds Instead of Meaning: This is the use of nonsense words. It is a Dadaist technique. Examples include: One Fish Two Fish, and Once Dice Twice.

Nonsense and Whimsy: This is the defiance of strict sense. This will teach you to read in a new way, and allows for meaninglessness. Good examples include Gertrude stein’s Middle Grade Novel, and Damien Pinkwater’s Young Adult novel.

Hyper Text: Hyper text is text that doesn’t demand you read it in a particular order. Or a book that provides links or avenues to create order. Any book with foot notes is an example of hypertext.  Choose your own adventure is another example, as well as the Dungeons and Dragon’s books, Pale Fire, and The Mezzanine. The world is presented in a non-linear fashion.

Self Contradiction: I am the Cheese is a great example. It has two plot lines, but they negate one another, they cannot co-exist as stories. (Don’t line up). Self contradiction is the power.

Structures Without Plot: The use of organic non-plot. 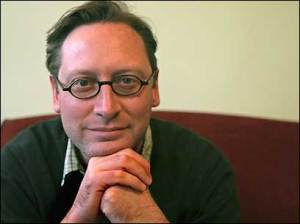 M.T. Anderson has written stories for adults, picture books for children, adventure novels for young readers, and several books for older readers (both teens and adults). His satirical book Feed was a finalist for the National Book Award and was the winner of the L.A. Times Book Prize. His first volume of his Octavio Nothing saga won the National Book Award and the Boston Globe/ Horn Book Prize. Both the first and second volumes of the two-part series were Printz Honor Books.

7 thoughts on “What is Experimental Fiction?”