From the top things look pretty good! But from such a high angle one has a different point of view of the marketplace. Four senior editors were kind enough to share their view of the current children’s book  marketplace at the 2010 SCBWI LA Conference. This star studded cast included editors: Stephanie Owens Lurie (Disney/Hyperion), Francesco Sedita (Grosset & Dunlap, and Price Stern Sloan), Jennifer Hunt (Little Brown), and Justin Chada (VP and publisher at: Simon and Schuster, Anthem, and Margaret K. McElderly Books).

MODERATOR: Tell us a little about yourselves. 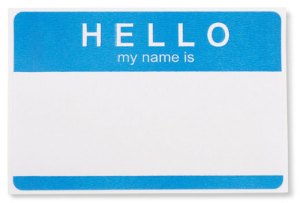 FRANCESCO: I’m the publisher of two imprints at Penguin. I was at Scholastic for 8 years before, an also worked at Knoph adult before that. “Leading by Instinct” is my motto. The spirit of a project is what is most important to me. I also went to school for writing and am the author of Miss Popularity.

STEPHANIE: The school library introduced me to Little House On the Prairie, and later my heart was stolen by Harriet the Spy. I worked at Little Brown for 12 years, then Simon and Schuster for 6 years. Dutton for 9 years, and now I’m with Disney Hyperion. I was interested in working with an entertainment company and a smaller staff.

JENNIFER: I work at Little Brown. Initially I started on the marketing side, and I also did an internship with Beacon Press. I’ve also worked at Time and Money Magazines, and Random House Adult, as well as with Lee and Low’s multi-cultural picture books. I’ve been with Little Brown for the past 9 years. We are a small boutique house and we “strive to be the best in the class.”

JUSTIN: I work at Simon and Schuster. I work on the fourth floor.  I oversee 250 titles per year, and work with a staff of 15 editors and assistants. I used to write for kids television and this is my 12th year in publishing!

MODERATOR: Characterize what you do at each of your imprints.

FRANCESCO: Grosset and Dunlap was a licensed publisher for awhile, and did things like Star Wars, etc. We are trying to develop books for 1-10 years old and middle grade. Price Stern Sloan is the original publisher of madlibs, and is thought of as the obnoxious little brother to Grosset. We like to try to new things with format and develop new ideas. We are trying out a $9.99 picture book. We are playing with margins to make books easier to read. Some of our books include: Frankly Frannie, George Brown Class Clown, and Katie Kazoo Switch-a-roo.

STEPHANIE: Disney Press publishes all things related to Disney. But Disney Hyperion does non-Disney related content.  We publish everything from Pre-School to YA, and things that are high concept. We are author focused and have people like Mo Willems, Clementine (book), Rick Riordan, Ally Carter, Melissa De La Cruz’s Blue Bloods. We publish 100 books a year, including literary fiction through series. 80% of our titles (per year) are commercial, and 20% are literary.

JENNIFER: Our Imprint Poppy publishes Gossip Girl, It Girl, and other series of that nature. Little Brown Kids is our licensing and novelty imprint, and Little Brown Young Readers is our core list with picturebooks through YA. We are about quality, thoughtful work from editorial to marketing. We are a house that an author can find a career at. We want you to grow with us. We really like debut authors. We don’t give up on books. For example How to Train Your Dragon took a while to find its audience.

JUSTIN: Each imprint for us has its own team and is its own entity. Our philosophy is not all literary books are not commercial, and not all commercial books are not literary. Commercial = Kids are reading it. Books for young readers publishes series, picture books, and commercial stuff. Atheneum is our literary imprint. That’s where our Newberry’s come from. McElderly is a boutique imprint that does poetry and literary work, fantasy, and publishes authors like Ellen Hopkins. It’s very versatile.  We have no policy against sending things to multiple imprints, but research and find out who is right for you. We also have Simon Pulse and Aladdin, but I don’t oversee those imprints.

MODERATOR: What role does the Children’s Book Division play in your overall company?

JENNIFER: Children’s books plays a major role in our company. After all we did publish Twilight, which has gained a lot of respect for our imprint. But you never know what will be a blockbuster.

STEPHANIE: “Where’s Our Twilight?” (Joke). At Hyperion we are the only children’s book division and we are separate from Hyperion adult. We have actually made more money than Disney Press.

FRANCESCO: Children’s books are the sleeping giant, and we are slowly waking up. “If you’re not make mistakes you’re not taking any risks.” That is our philosophy.

JENNIFER: It feels great to be innovative!

MODERATOR: What is your allocation of resources in terms of advances, promotion, etc.? 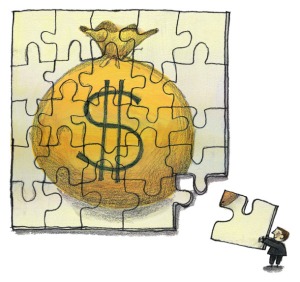 JUSTIN: It’s different than it was before. There are less human resources and less marketing resources. For example if no one comes to a book tour then it was wasted money. Some of the bestsellers actually come from word of mouth and reviews. You need every dollar to count. Marketing online makes things more possible. Facebook and Twitter are great way to promote directly to consumers.

JENNIFER: We have a smaller list 100-120 books per year including series. We think a lot about each book and want to see where it fits in. I love our marketing team! But we try to be thoughtful for each book.

MODERATOR: How do you make acquisition choices?

STEPHANIE: We have A, B, and C books. Big, strong, and developing. We want authors to deliver year after year. Our resources are bad news. It feels like our work load has tripled. But we are a small enough company to keep and author in house. We want them to have a home and we pick our authors carefully. We like to see good ideas, strong execution, and then we think about compatibility.

FRANCESCO: We have low price points ($9.99) so we like to take on new voices.  We like successful series. For example the Frank Frannie books are $4.99. I hate the word mass market, I like to think about it more as a project that opens a lot of doors. It’s tricky all over the place. We do market every book, but we don’t have tons of money to promote books instead we have lots of smart people to help push it forward.

MODERATOR: What’s your opinion about multi-media and the importance of platforms? Specifically in the near future?

JUSTIN: E-books are great, and everyone else who doesn’t think so is wrong – in my opinion! All our hardcover books go into e-books now. There’s a growing audience. Adults are reading teen books on kindle now too. But there’s a weird discussion going on about apps vs. digital books. We are trying not to make the betamax. We want the VHS! “Looser Queen” is an online publisher.

FRANCESCO: Take a look at any proposal that’s direct to video. Read the digital stuff like The 39 Clues. Learn from it. We need your help too.

JENNIFER: We do think about digital assets even from the acquisitions point. Enhanced books, etc. The question is does the story lend itself to creative marketing?

STEPHANIE: Kingdom Keeper Series created a trans-media game where you have to read the book to get keys to the video game. The third book sold 70% more than the other two that did not have the game element.

FRANCESCO: The apps need to serve the story. If they do then tell me about it as part of the project proposal. Otherwise we have a whole marketing team who can dream up the other stuff.

JENNIFER: It’s about great writing for me!

STEPHANIE: Yes, first start with the story. Then get me with the second part about the marketing. But only if it is essential to the story.

MODERATIOR: Can you leave us with a word of council to everyone? 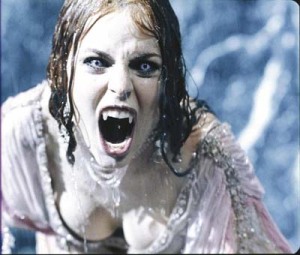 FRANCESCO: When you write, write for yourself first. Shut the door on what you’ve learned. Write what you want to write.

JUSTIN: Don’t write to trends. If you write to the trend then the Vampires win!

JENNIFER: Think about your own excellence and write toward that.

STEPHANIE: Write what you think is cool! Remember the child you once were.

Stephanie Owens Lurie is the editorial director of Disney Hyperion, a position she has held since October 2008. In addition to acquiring and editing picture books, middle grade, and young adult novels, Stephanie manages six acquiring editors. The primary goal of Disney Hyperion is to provide content that will entertain and inspire kids. 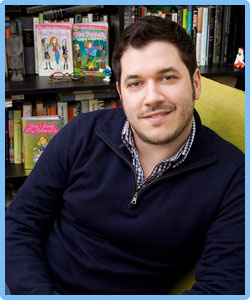 Francesco Sedita is an accomplished writer whose work includes an ongoing children’s book series; his literary career also includes his role as Publisher of Grosset and Dunlap and Price Stern Sloan. He developed and oversaw the marketing campaign  for the final book in the Harry Potter Series. He also recently edited the first young adult novel by author Ann Hood.

Justin Chada is the VP and Publisher at S&S Books for Young Readers, Atheneum Books, and Margaret K McElderry Books. He is an editor at Atheneum books. He has worked with authors and illustrators such as David Shannon, Jon Scieszka, Loren Long, Kenneth Oppel, Adam Rex, and Eric Wright.

2 thoughts on “A View From The Top”