You must write with reckless abandon! This was the first sentiment author, Libba Bray, shared at the SCBWI New York Conference in January. Her most recent novel Going Bovine indeed pushes the limits of narrative storytelling when a teenage boy gets mad cow disease and goes on a road trip with a dwarf and talking garden gnome in order to save the universe from black matter. Sound like a crazy adventure? Well it is, but it is also this year’s Printz Winner. “It is our duty as writers to explore fears, grudges, hopes, dreams, and oddities. We must explore the things that we hide, and craft them into our characters.” Bray says.

The following is Libba Bray’s Four Rules on Risk Taking and Writing:

2) Find the Cracks and Let in the Light.

3) Say No to the Pterodactyl Boyfriend 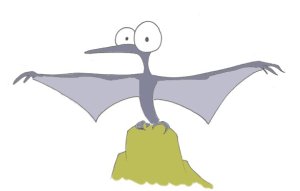 Libba Bray is the author books for Young Adults, including Going Bovine and the Gemma Doyle Series: A Great and Terrible Beauty, Rebel Angels, and The Sweet Far Thing. In 2010 she was awarded the Michael L. Printz award for Excellence in Young Adult Literature.

4 thoughts on “Write With Reckless Abandon”